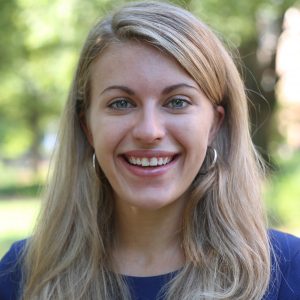 Jacqueline “Jackie” Gerhart, M.S., a first-year doctoral student in the Division of Pharmacotherapy and Experimental Therapeutics, has received the 2018 American Society for Clinical Pharmacology and Therapeutics Presidential Trainee Award. The $500 award recognizes the top-scoring abstracts that were submitted by students and trainees to the ASCPT 2018 conference.

Gerhart is working under the supervision of Assistant Professor Daniel Gonzalez, Pharm.D., Ph.D. Her research involves using plasma and cerebrospinal fluid samples obtained from infants to develop a physiologically based pharmacokinetic model for testing of fluconazole. Fluconazole is an antifungal drug commonly used in neonatal intensive care units for both treatment and prevention of fungal infections, including central nervous system infections.

Gerhart’s model simulations identified a delay in target exposure using current dosing recommendations in premature infants. The simulations suggest that use of a loading dose for treatment and increased dosing frequency for prophylaxis can potentially improve infants’ CNS fluconazole exposure.

Gerhart said she thinks the novelty of her research may have contributed to her receiving the award, as well as the fact that it addresses infants, an underserved population. She also noted her project’s relevance to the conference theme “Breaking Down Barriers to Effective Patient Care.”

Gerhart said she is excited to have her first graduate research project recognized at a national meeting. “I am very grateful to ASCPT for this award and recognition of my research,” Gerhart said. “It underscores the urgent need for further investigation into optimizing pediatric dosing, especially in infants.”

Gerhart was recognized at the ASCPT annual meeting awards ceremony in March. A video explanation of Gerhart’s research is available online.