Growing up at a time when there was great concern about nuclear weapons (fallout from bomb tests, the Berlin Wall, the Cuban missile crisis, etc.) I was fascinated by radioactivity. While attending Pharmacy School in Buffalo, NY, I wondered if I could combine my interests in pharmaceuticals with radioactivity. I took a newly designed course on radiopharmaceuticals and was hooked from that point on. In graduate school I was fortunate enough to travel to Oak Ridge National Laboratories where I used the large cyclotron there to make positron-emitting radionuclides that I ultimately incorporated into biologically-interesting molecules. I have continued this theme of working at the interface between the pharmaceutical and nuclear sciences throughout my career. While at the University of Connecticut, I learned how imaging technology could be used to assess the performance of pharmaceutical dosage forms; this provided me with first-hand insight into new formulation strategies being employed by drug companies. I also was able to see how targeted drug delivery formulations, including nanotechnology, could be exploited to improve internal radiation therapy with particle-emitting radionuclides. These experiences were immensely helpful to me in developing patented technologies as well as when I co-founded my companies to commercialize these inventions. My career has come full-circle back to my childhood as I am now working on drugs to treat victims of nuclear terrorism.

Another theme I have focused on is to do research that is fun. While there have been some challenging moments, I have enjoyed almost every minute of it. I have had the pleasure of training twenty-eight MS and PhD students and another thirty-five postdoctoral fellows, as well as numerous undergraduate students. My scientific academic career has taken me around the world to places that, in my youth, I had read about but thought I would never see. It has been a great ride so far; let the fun continue!

My current research projects involve the development and commercialization of drug formulations and targeted delivery systems. These include orally bioavailable chelators for the decorporation of radioactive elements (americium and plutonium) in contaminated individuals following accidental contamination or a deliberate act of nuclear terrorism as well as for enhancing the elimination of other elements (gadolinium and lead) in patients with heavy metal poisoning. Other research projects include the development of radiotherapeutic nanoparticles produced by neutron activation for the treatment of gynecological cancers, sustained-release formulations for oral health applications, and intranasal formulations of peptides for the treatment of neurologically-impaired patients.

Our lab has been funded by NIH to develop an orally bioavailable chelator that could be used to remove heavy radioactive metals like Americium (Am) and Plutonium (Pu) in people who have been accidentally (e.g., in a nuclear power facility) or deliberately (e.g., following an act of nuclear terrorism with a ‘dirty bomb’) contaminated with radioactive actinide elements like 241Am. As part of this work, we developed an analog of the chelator DTPA that exhibited good oral bioavailability. Furthermore, we demonstrated that our novel orally bioavailable DTPA analog, designated as C2E2, was able to bind 241Am with high affinity and that it was effective in vivo, i.e., it was able to reduce the total body burden of 241Am in contaminated rats and beagle dogs after oral administration. We also conducted studies in GLP labs to assess the safety/and toxicity of C2E2. In addition to defining the No Observed Adverse Effect Level  (NOAEL) doses, we determined that no depletion of other essential metals occurred after oral C2E2 administration. An Investigational New Drug (IND) for a Phase 1 single ascending and multiple ascending dose first-in-human trial is now active; we aim to enroll human volunteers for these studies in the near future.

We also discovered that C2E2 was able to bind to other heavy metals of interest, including gadolinium (Gd) and lead (Pb). We are currently evaluating the ability of orally administered C2E2 to reduce the tissue burden of toxic Gd ions following administration of Gd-Based Contrast Agents (widely used in magnetic resonance imaging (MRI) procedures) as well the efficacy of C2E2 to reduce tissue Pb content in contaminated animals.

The Centers for Disease Control and Prevention (CDC) reported that in 2016 there were approximately 64,000 deaths resulting from drug overdoses, mostly driven by synthetic opioids, which represents an increase of greater than 17% from the previous year. Dentists are among the leading prescribers of opioid prescriptions; Opiates are regularly prescribed by oral surgeons, 85% of whom indicated they nearly always prescribe opiates, after wisdom teeth extraction (third molar extraction) to reduce acute/ extreme pain caused by dry sockets, which occur in 5-10% of patients following extraction. Approximately 21 million surgical tooth extractions are performed on ~10 million patients each year in the US. One of the key points of the American Dental Association’s ‘Statement on the Use of Opioids in the Treatment of Dental Pain’ is that dentists should recognize multimodal pain strategies for management for acute postoperative pain as a means for sparing the need for opioid analgesics.  The goal of this project is to develop a local treatment for pain associated with the extraction of teeth, such as third molars (‘wisdom teeth’) that does not involve an opiate. This involves the development of a formulation consisting of a resorbable matrix that can be placed in the tooth socket following extraction for delivery of an anesthetic agent in a sustained release manner over a period of 4-7 days. We expect that successful development of this product and its implementation in dentistry/oral surgery practice will lead to a significant reduction in the number of opiate prescriptions written for patients suffering from dry sockets or other painful sequelae resulting from dental procedures.

In collaboration with Dr. Xiuling Lu at the University of Connecticut, we are developing tumor-specific radioisotope (166Ho)-containing nanocarriers produced by the neutron activation of stable isotope holmium atoms (165Ho) entrapped within a mesoporous silica nanoparticle (MSN) matrix. We have reported the predominant accumulation of 166Ho MSNs in tumor tissues after intraperitoneal administration and increased survival in ovarian tumor-bearing mice. The neutron-activation approach allows the stable 165Ho-MSNs to be prepared without the constraints of handling large therapeutic amounts of radioactivity and without dealing with radioactive decay times. In addition to being an effective radiotherapeutic nuclide due to the emission of high-energy  particles, the 166Ho isotope has another advantage: it also emits gamma rays that allow external imaging by single photon emission computed tomography (SPECT). 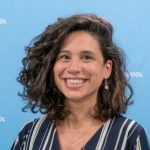 Carla Coste Sánchez, PhD, is a postdoctoral research associate with CIPhER at the UNC Eshelman School of Pharmacy. She received her undergraduate degree in chemistry from the University of Puerto Rico – Rio Piedras, and her PhD in Pharmaceutical Sciences (Pharmacoengineering and Molecular Pharmaceutics) from the University of North Carolina – Chapel Hill. Her research interest include: best practices in teaching, curriculum development and assessment practices and professional development in graduate school education. 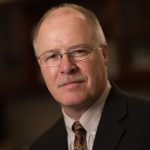 Pharmaceutical scientist who received a Ph.D. from Taipei Medical University and who is providing expertise in formulation development

Fifth-year graduate student as well as a full-time employee at GlaxoSmithKline. K earned an M.S. in pharmaceutical engineering from the University of Michigan and brings extensive experience in formulation and product development

Fifth-year graduate student who earned an M.S. in organic chemistry from the University of South Carolina and worked at GlaxoSmithKline for five years prior to starting his graduate studies. He completed an industrial internship at MedImmune in Rockville, MD. Yong is also the past Chair of the UNC Graduate AAPS Chapter.