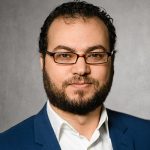 Dr. Attia joined the CCNTP at the laboratory of Alexander Kabanov in 2020. He received his B.S. and M.S. degrees in chemistry from Sohag University and Cairo University, Egypt, respectively. He earned his Ph.D. in pharmaceutical chemistry from Strasbourg University, France in 2016. He then joined both the bioengineering and chemistry departments in Clemson University as a postdoc research associate. Most recently, two press releases have been issued and posted on Clemson newsstand about his work and winning the 2020 Clemson University distinguished postdoc award. He served as a guest editor for a special issue “Polymers for Biomedical Imaging and Therapy” in Polymers, MDPI. The central theme of his research, in cancer nanomedicine, aims to design smart vectors (i.e., polymer, lipid, and inorganic nanomaterials) to deliver a wide range of therapeutic/contrast agents and targeting moieties, and to fabricate multifunctional nanoparticles for combinatory therapy and theranostic applications using cutting edge technologies. His long-term research career is to facilitate the translation of nanoparticle-based therapeutics from the lab to the clinic. 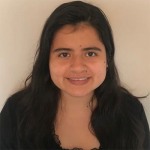 Dr. Diaz-Diestra obtained her PhD in Physical Chemistry in 2019 from the University of Puerto Rico-Rio Piedras. Her doctoral research focused on the development of sensing and drug delivery platforms based on functional engineered nanomaterials, and their potential toxic effects on in vitro settings. After graduation, she joined the FDA Center for Devices and Radiological Health as an ORISE postdoctoral research fellow. Her research focused on regulatory control and biocompatibility assessment of nanoformulations used in medical devices.  She joined the CCNTP in December 2020, where she is working under the guidance of Drs. Jenny Ting and Leaf Huang in Nanoparticle-Enabled Cancer Immunotherapy 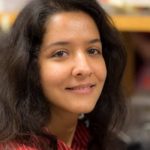 Dr. Ghazanfari earned her PhD from Amirkabir University of Technology in 2014. She also holds MSc and BSc degrees in biomedical engineering from Amirkabir University of Technology. Ghazanfari joined the laboratory of Alexander Kabanov in 2016. Ghazanfari’s research interests span a wide range of topics in theranostic platforms with a direct impact on cancer nanotechnology, including intelligent control of nano-bio interfaces to develop new nano-based therapies for prevention/treatment of cancer, innovation in multifunctional nanocomposite integration of nano-sized drug formulations, efficient stimuli and remotely actuated drug delivery systems. She is currently working under the guidance of Drs. Jonathan Serody and Alexander Kabanov. 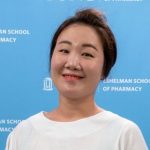 Dr. Hyun received her Ph.D. in the Department of Industrial and Physical Pharmacy at Purdue University. She has been working on polymer/peptide-based nanoparticle systems as gene/drug delivery carriers and imaging materials. She joined CCNTP in 2019. She is currently working under the guidance of Drs. Andrew Wang and Jonathan Serody. 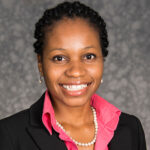 Dr. Ogunnaike joined UNC in 2018. She received her B.S. and M.S. from Florida A& M University, and her Ph.D. at the University of South Florida from the Department of Chemical and Biomedical Engineering. She is currently working under the guidance of Drs. Gianpietro Dotti and Frances Ligler in the area of nanotechnology and cell engineering to develop a smart biomaterial which can be used in the delivery of engineered t-cells against solid tumors. 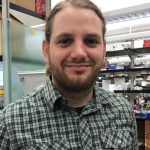 Dr. Sandor obtained his PhD in Immunology in 2018 from the University of Colorado- Anschutz Medical Campus. His research focused on using flow cytometry, intravital multiphoton imaging, and RNA sequencing to better understand the mechanisms that are involved in the recruitment and activation of immune cells within inflamed islets during type 1 diabetes. He joined the CCNTP in July 2019 working under Dr. Jenny Ting and Dr. Kristy Ainslie. His current research focuses on using acetylated dextran microparticles to deliver immune activators to intratumoral myeloid cells to promote an inflammatory milieu within the tumor to increase intratumoral T cell activation and tumor clearance in vivo 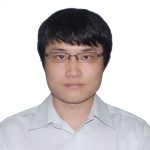 Dr. Mi earned his PhD from the National University of Singapore, in the department of Chemical and Biomolecular Engineering in 2013. He also holds a BS from Tsinghua University. He joined the laboratory of Andrew Wang in 2015. Mi’s current research examines the use of nanoparticles to improve cancer immunotherapy. Dr. Hazkani BenDror joined UNC in 2018. She received her M.D. from Ben-Gurion University of the Negev Medical School in 2006. She combines surgical experience in Otolaryngology with an interest in biomedical nanotechnology. She worked under the guidance of Drs. Andrew Wang and Alexander Kabanov on surgical implications for nanotechnology and head and neck cancer immunotherapy. Dr. Hazkani is currently continuing her training as a Pediatric Otolaryngology Fellow at Emory University School of Medicine. Dr. Harrison joined UNC in 2016 after receiving her B.S. from the University of Nebraska at Omaha and her Ph.D. in neuroscience at the University of Nebraska Medical Center. Harrison studied the role of microRNAs in traumatic brain injury under the guidance of Howard Fox, Ph.D. Her current research focus, under the guidance of Chad Pecot, M.D., is uncovering novel miRNA regulators of cancer metastasis and exploring therapeutic strategies for microRNA delivery and inhibition. 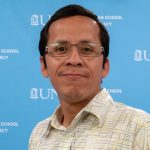 Dr. Beltran-Huarac came to UNC in 2018. He earned his Ph.D. from the University of Puerto Rico in chemical physics and completed postdoctoral research in the areas of materials for nanotechnology and biomaterials at the University of Puerto Rico and in toxicology research at Harvard. While at UNC, he worked under the mentorship of Drs. Alexander Kabanov and Gianpietro Dotti on two projects “Remote Control of Therapeutic Protein Secretion via Magneto-Mechanic Actuation for Stem Cell Therapy” and “Cytoskeletal disruption-induced remote actuation for selective cancer treatment using magnetic field-activated iron oxides with different morphologies.” Dr. Beltran Huarac is now a tenure-track Assistant Professor in the Biophysics Program in the Department of Physics at East Carolina University in Greenville, NC. 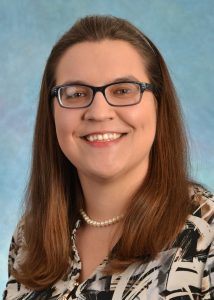 Dr. McCabe received her Ph.D. in Molecular Medicine and Translational Science at Wake Forest University in 2018. She joined the training program in 2019 and worked in the laboratory of Dr. Rihe Liu. Her research project will focus on development of specialized mRNA‐loaded lipid nanoparticles (LNPs) for liver metastasis prevention and immunotherapy treatment. Dr. McCabe is currently a Translational Medicine Scientist at Locus Biosciences in Morrisville, NC. Dr. McCabe’s role as a full-time Scientist will involve planning and implementing pre-clinical oncology studies 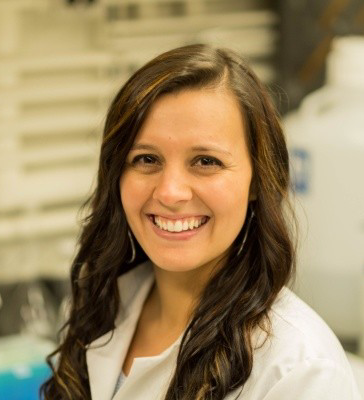 Dr. Moody obtained her PhD in 2018 from the University of Tennessee in Physical Chemistry where her research focused on developing a detection method for biomarkers of neurodegenerative diseases using Raman spectroscopy. She followed this with a postdoctoral fellowship at the FDA primary research facility, the National Center for Toxicological Research (NCTR). At NCTR she used immunohistochemistry to study the toxicity of general anesthesia on the developing brain. She joined the T32 Cancer Nanotechnology program in August 2019 to work under Dr. Paul Dayton and Dr. William Zamboni. Her research combined pharmacokinetics and ultrasound imaging to modulate the dense tumor matrix in order to increase the tumor delivery and efficacy of nanoparticles. Dr. Moody is currently employed with Scientific Research Corporation in Charleston, South Carolina, as an Operations Analyst. Dr. Price completed her Pharm.D. at the University of Washington. She was briefly appointed to the training program in 2017 under the mentorship of Dr. William Zamboni, Ph.D. and Dr. Alexander Tropsha, Ph.D. Dr. Price’s research focused on evaluating the efficiencies and deficiencies of nanoparticle tumor disposition. Following her departure from the program, Dr. Price completed postdoctoral work in the laboratory of Dr. William Zamboni and continued to interact with the program as a teacher in the 2018 Carolina Nanoformulation Workshop. Dr. Price is now a Staff Fellow in the office of Clinical Pharmacology at the US Food and Drug Administration. Dr. Rodgers is originally from Ohio where he earned a B.S. in Chemistry from Youngstown State University studying C-H insertion chemistry on furanose platforms with Dr. Peter Norris. Rodgers later graduated from the University of North Carolina at Chapel Hill with a Ph.D. in organic chemistry under the guidance of David Lawrence, Ph.D. During this time, Rodgers worked on near-infrared light-mediated drug release for the treatment of rheumatoid arthritis and cancer.

During his training, Dr. Rodgers primary work focused on NPs coated with cancer cell and Mycobacteria membranes as vaccination scaffolds. He also developed, characterized, and screened the efficacy of cancer and BCG membrane coated NPs as melanoma vaccine platforms. In vivo pilot studies on the formulations show promise, and he has trained and will correspond with another postdoctoral researcher who will continue this promising research. They, we hope to fully optimize this NP vaccine system and publish within the next year.

Dr. Rodgers is now an Assistant Professor at Westminster College in New Wilmington, PA. He will run a research laboratory with a focus on developing photochemical methodologies and catalysts for use in biomaterial lithography and complex block co-polymer synthesis. The latter project will be dedicated to developing α-functionalized co-polymers for self-assembling nanoparticle systems with applications in drug delivery. The nanotechnology experience gained during the C-CNTP will aid him in accomplishing this research. He will also be developing a Polymer and Nanotechnology course for advanced chemistry students at the college. 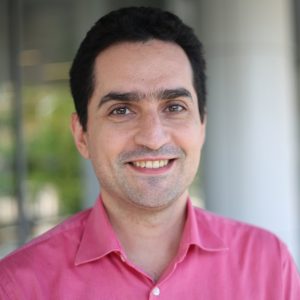 Dr. Sendi joined UNC in 2017. He received an MD from Tehran University, Iran, an Mphil in Infection Biology from Karolinska Institute, Sweden and a PhD in Molecular Cell Biology from UNC Charlotte in 2013 where he worked on molecular pathogenesis of HCV. He has been working on the molecular pathogenesis of liver diseases. He is currently working under the guidance of Drs. Andrew Wang and Alexander Kabanov to explore nano-particle based treatment of liver metastasis. 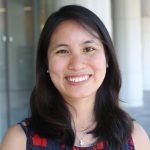 Dr. Tiet is originally from California where she earned her B.S. in Bioengineering from the University of California, Berkeley. She later graduated from City of Hope with a Ph.D. in Biological Sciences with an emphasis on nanotechnology under the guidance of Jacob Berlin, Ph.D. During this time, she worked on developing a biosensor to detect Staphylococcus aureus using oligonucleotide-functionalized gold nanoparticles and on the synthesis of silica-coated paclitaxel nanocrystals for the purpose of loading onto tumor-tropic neural stem cells for targeted drug delivery. During her time with the NIH Carolina Center for Nanotechnology Training Program as a T32 postdoctoral fellow at UNC, she focused on cancer immunotherapy under the mentorship of Kristy Ainslie, Ph.D. and Jenny Ting, Ph.D. Dr. Tiet is now an Associate Scientist at United Therapeutics. 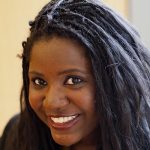 Dr. Wayne completed her Ph.D. at Cornell University in biomedical engineering in 2016 and earned her B.A. in physics from the University of Pennsylvania in 2009. Macrophages are a natural choice for gene delivery. Macrophages are a member of the innate immune system whose functions include phagocytosis of cellular debris and initiating the inflammatory response including the recruitment of other immune cells. Macrophages are found in large numbers in solid tumors and in other diseases where inflammation is prevalent, such as neurodegenerative disease and atherosclerosis.

Previously published work in the Kabanov group has demonstrated macrophages’ ability to horizontally transfer genes to ischemic muscle cells and that this activity is enhanced within the presence of pluronic block copolymers. Preliminary research shows that macrophages are also capable transferring genetic material to cancer cells. Wayne’s central goal is to develop a macrophage-mediated nonviral delivery system to deliver genetic material to the tumor environment.
Wayne was named a 2017 TED Fellow and her TED Talk can be viewed at https://www.ted.com/speakers/elizabeth_wayne. She is an advocate for women in academia. She co-hosts the PhDivas podcast and is featured in the Super Cool Scientists: Women in Science Coloring Book. She has her own website at https://www.lizwaynephd.com. Dr. Wayne is now a tenure-track Assistant Professor at Carnegie Mellon with joint appointments in the Departments of Biomedical Engineering and Chemical Engineering. 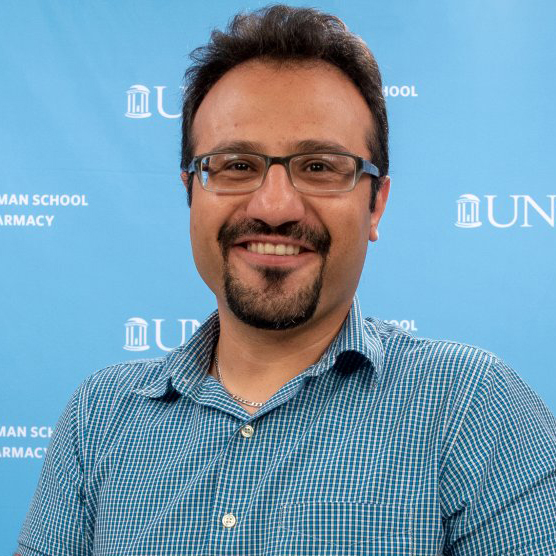