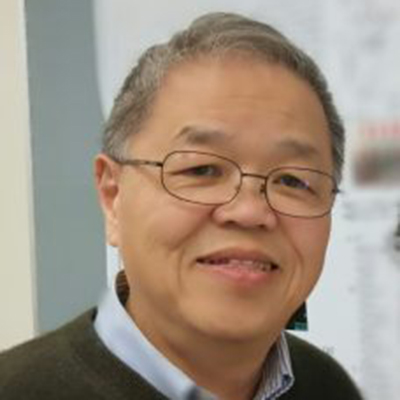 黄力夫教授 Leaf Huang, Ph.D. is the Fred Eshelman Distinguished Professor, in the Eshelman School of Pharmacy at the University of North Carolina at Chapel Hill. Dr. Huang’s research has been in the area of gene therapy and targeted drug delivery. He pioneered the liposome non-viral vector and has designed and manufactured the cationic lipid vector for the first non-viral clinical trial in 1992. He was also the first to publish the activity of polyethylene glycol (PEG) in prolonging the circulation time of liposomes. His current work centers on nanoparticle vectors for gene transfer in tumors and the liver. He also continues research in establishing a ligand targeted delivery system for cDNA, mRNA, siRNA, proteins, and peptides for tumor growth inhibition and for vaccines in treating cancer and infected diseases.  He has authored or co-authored more than 600 papers with an H-index of 132. He is also the inventor or co-inventor of 22 US and foreign patents. In 2004, he received the Alec D. Bangham MD FRS Achievement Award, which is the highest honor in liposome research. He was the recipient of the 2013 Distinguished Pharmaceutical Scientist Award which is the highest scientific recognition of the American Association of Pharmaceutical Scientists. He was named a Highly Cited Researcher in “Pharmacology & Toxicology” and then in “Cross Field” since 2016. Dr. Huang has also co-founded 6 biotech start-ups in the past.

Current research in the Huang lab focuses on the role of tumor-associated bacteria in tumor progression and metastasis. Fusobacteria nucleatum is an anaerobic bacterium that colonizes in the gut and promotes the growth and spread of colorectal cancer. We have designed nanoformulations encapsulating antibiotics and/or chemo drugs intravenously administered to the tumor-bearing mice. Killing of the tumor/metastasis associated F. nucleatum induced a strong immune reaction to control the tumor growth. How does the death of the bacteria trigger the conversion of an immunologically cold tumor to a hot tumor is being studied with tools including the state of the art omics technology.