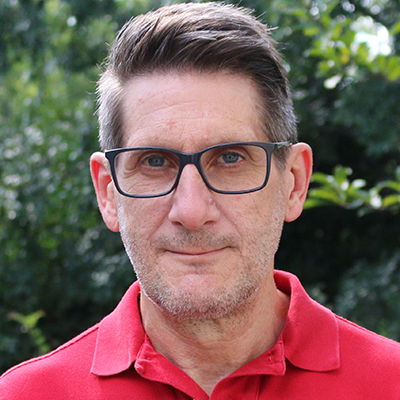 We are highly active in collaborative translational research. In the Center for Integrative Chemical Biology and Drug Discovery (CICBDD), medicinal chemists, biologists and computational scientists work as a team to discover novel chemical probes and drug leads. We were involved in over 50 translational projects in collaboration with biomedical scientists at CICBDD and other academic labs and small companies. Current and past collaborators include S. Frye and L. James (UNC CICBDD) to develop chemical probes for epigenetic reader proteins [1]; X. Wang (UNC CICBDD), on inhibitors of protein kinases Axl, Mer and FLT3 [2–4]; J. Jin (currently Icahn School of Medicine) on lysine methyltransferases [5]; R. Franzini (U. Utah), on inhibitors of NAD+– dependent enzymes [6]; P. Blancafort (Univ. West. Australia), on peptide modulators of transcription factors EN1/2; L. Parise (UNC School of Medicine and Reveris), on antagonists of Calcium- and Integrin-binding protein 1 (CIB1); R. Hromas (U. Florida), on Metnase inhibitors; G. Johnson and L. Graves (UNC and KinoDyn) [7], on modulation of superenhancers; and with Sirga on small-molecule inhibitors of host tRNA/HIV protein interactions.

The most advanced of the current projects focuses on the discovery of new therapeutics to treat Acute Lymphoblastic Leukemia (ALL) and other cancers. Our project started with a rationale that small-molecule inhibitors of MerTK tyrosine kinase, a proto-oncogene ectopically expressed in childhood ALL, would allow to substantially reduce non-targeted chemotherapeutic regimens. From the very beginning, structure-based design was applied to guide the synthetic effort, which eventually resulted in highly potent and selective Mer kinase inhibitors. The lead compounds have shown excellent survival benefit and drug-like profile for the treatment of leukemia in mouse models. UNC filed multiple patents on these discoveries. Clinical trials started in 2018. The current and future effort is focused on computer-aided design is to further exploit the invented series in order to develop compounds with specific polypharmacology profiles. In particular, in a multi-disciplinary NIH R01-funded project (Wang and Kireev (UNC), Graham (Emory)) dual MerTK/Axl inhibitors are expected to provide novel treatment for cancer by targeting tumor cells and activating anti-tumor immunity.

Dr. Kireev’s early research focused on Quantitative Structure-Activity Relationships (QSAR) and Machine Learning. By then, QSAR had proved a useful strategy in pharmaceutical research. However, the basic QSAR techniques (invented back in 1960’s and 70’s) were seriously challenged by the advent of high-throughput discovery technologies that led to an explosion of chemical, biological and structural information. To address this challenge, I joined an effort of adopting and developing more performant machine learning techniques for chemoinformatics and QSAR. In particular, Dr. Kireev developed and published a new neural network approach, ChemNet [8], capable of handling an unlimited amount of chemical and biological information. He was also among the first to apply self-organizing neural networks – a technique emerged from the Artificial Intelligence (AI) research – to visualization of large quantities of chemical and biological information.

At UNC-CH, Kireev lab developed new CADD for hit and lead identification. One of them, Structural Protein-Ligand Interaction Fingerprints (SPLIF) [9], enables a quantitative score of whether a docking pose interacts with the protein target similarly to a known ligand, which helps to improve both sensitivity and specificity of Structure-Based Virtual Screening. A group at Stanford included SPLIF in their DeepChem (deepchem.io) suite, a toolkit of choice for the developers of AI applications in chemistry. Most recently, we developed a novel approach for data-driven rational design making use of FRAgments in Structural Environments (FRASE) [10]. FRASE-based design distills 3D information relevant to the protein of interest from tens of thousands 3D structures in the Protein Data Bank (PDB) and of millions of structure-activity relationships (SAR) from multiple online sources. Remarkably, unlike most other published computational approaches that are rather ‘virtual screeners’ (that is, predict potencies for existing chemical compounds), ours is a ‘virtual medicinal chemist that designs yet nonexistent compounds. Eventually, FRASEs can be used as components for building multi-target inhibitors with a specific selectivity profile.

Our current effort is focused on the development of FRASE-bot, a fully automated artificial intelligence (AI)-based system to design ligands for promising ligand-orphan targets. FRASE-bot will overcome the major limitation of the previously published FRASE-based approach. The latter only allows to exploit PDB/SAR information within a given protein family, hence precluding the ligand discovery for the majority of novel targets of interest belonging to understudied families. In contrast, FRASE-bot will allow exploiting the full body of 3D structural and SAR data to assemble a ligand in the binding site of any orphan protein. Moreover, FRASE-bot includes an AI-based generative component that is able to automatically construct valid 3D structures of small-molecule ligands from FRASEs directly in the protein pocket. We expect this project to eventually grow into a startup company offering ligand discovery services to pharmaceutical companies.

Other ongoing and future projects include applications of deep learning to improve the outcomes of DNA-encoded libraries, in collaboration with Pearce and Franzini groups (respectively, UNC and UUtah), and use of AI on vast amounts of SAR, genomic, in vitro and in vivo data to better predict the effect of small-molecule drugs in animal models and human patients.

To simulate biological systems at a larger scale, we are developing Molecular Biosystems (MB), an ultra-coarse-grained approach to enable investigation of physical principles underlying behavior of heterogeneous molecular ensembles. MB represents a blend of top-down and bottom-up coarse-grained models. It makes use of abundant experimental data on protein-protein affinities and enzyme kinetics to parameterize stochastic processes enabling formation of protein complexes and enzyme-mediated transformations. On the other hand, motions of MB particles in cytosol can be simulated from physical principles using Brownian dynamics. As a first model system for MB [14], we selected regulatory regions in the Oct4 locus, a key gene controlling gene pluripotency, highly significant in regenerative medicine and cancer research. Surprisingly, such a simple unbiased model provides a comprehensive structural interpretation of micro- and macroscopic heterochromatin properties. In particular, it sheds light on the structural roots of a yet poorly understood phenomenon of a non-deterministic nature of heterochromatin formation and subsequent gene repression. The simulations revealed how an extremely low rate of microscopic heterochromatin-driving events – formation of quaternary H3-HP1 complexes – makes the fiber condensation (associated with repressed chromatin state) a non-deterministic process. Our collaboration with N. Hathaway (UNC) enabled experimental corroboration of the computational outcomes[14].

In the future, Molecular Biosystems will be applied to increasingly large systems up to a whole cell. This expansion will require further developments to significantly enhance the software performance and to design representation of yet unaccounted biological objects, such as organelles.

Other future plans involve application of the MB platform to simulations of simple, but biologically accurate, particle-based 3D models of neuronal networks. These models will help to better understand physical principles of how memory and cognition emerge and evolve from competitive interactions of interconnected neurons to external stimuli. This research will help to develop more compact and energy-efficient AI systems.