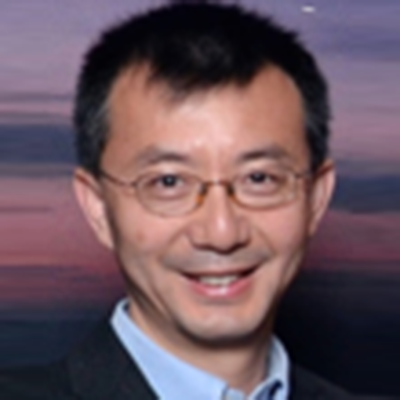 Dr. Jian Jin is an internationally recognized medicinal chemist with more than 20 years of experience in small-molecule drug discovery. He is currently the Mount Sinai Endowed Professor in Therapeutics Discovery, Professor in Departments of Pharmacological Sciences, Oncological Sciences and Neuroscience, and the Director of the Mount Sinai Center for Therapeutics Discovery at Icahn School of Medicine at Mount Sinai. Dr. Jin is also a Co-Leader of the Cancer Clinical Investigation Program in The Tisch Cancer Institute at Icahn School of Medicine at Mount Sinai. Dr. Jin’s laboratory is a leader in discovering selective inhibitors of histone methyltransferases, novel degraders targeting oncogenic proteins, and biased ligands of G protein-coupled receptors.

Dr. Jin received a Bachelor’s of Science degree in chemistry from University of Science and Technology of China in 1991 and a PhD in organic chemistry from the Pennsylvania State University in 1997. After completing a post-doctoral training at the Ohio State University, Dr. Jin joined GlaxoSmithKline as a medicinal chemist in 1998 and had been a manager of medicinal chemistry from 2003 to 2008. In 2008, Dr. Jin joined the Division of Chemical Biology and Medicinal Chemistry at the University of North Carolina at Chapel Hill (UNC) as an Associate Professor. He had also served as an Associate Director of Medicinal Chemistry in the Center for Integrative Chemical Biology and Drug Discovery at UNC from 2008 to 2014. Dr. Jin was recruited to Icahn School of Medicine at Mount Sinai as a professor with tenure in 2014. Dr. Jin has published close to 200 peer-reviewed papers and delivered >100 invited talks. He is also an inventor of >60 issued U.S. patents and published international patent applications.