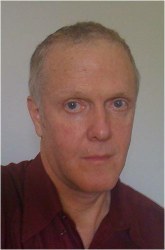 Clark Jeffries is a mathematician with expertise in predictive machine learning. Methods Jeffries has invented have been recently applied to clinical high-risk datasets, yielding novel approaches to address reproducible classification and to avoid overfitting. He is acquainted with both the promises and pitfalls of machine learning. Jeffries is also an expert in various mathematical modeling techniques, especially related to stability theory, graph theory, and causality. He is currently a bioinformatics scientist with Renaissance Computing Organization of the University of North Carolina at Chapel Hill. Formerly, he was a professor with Mathematical Sciences of Clemson University, then a designer with Microelectronics Division of IBM Corporation. At Clemson, he wrote more than 50 scientific papers and at IBM he became among inventors on several issued US patents. His total of current issued patents is 121.

More about Clark Jeffries at ResearchGate: