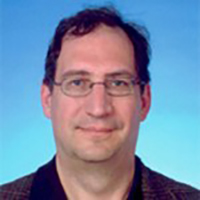 Bryan Roth, PhD, MD, is a professor in the Division of Chemical Biology and Medicinal Chemistry and in the Department of Pharmacology. He is also the director of the NIMH Psychoactive Drug Screening Program.

The Roth Lab studies the structure and function of G-Protein coupled receptors (GPCRs). For more specific information, check out the lab’s research page. The Roth lab is the principal contractor for the NIMH Psychoactive Drug Screening Program, which includes the PDSP Ki database.

The Roth lab focuses on the following areas of research:

The Roth lab has pioneered the use of directed molecular evolution to create GPCRs that are suitable for remotely controlling cellular signaling. Using a variety of mouse genetic approaches (e.g. Cre-mediated recombination; Tet-inducible systems; BAC-transgenic), the lab is able to control neuronal firing and non-neuronal signaling in real-time in awake, freely moving animals (see Armbruster et al, PNAS 2007; Conklin et al, Nature Methods, 2008; Alexander et al, Neuron 2009; Guettier et al, PNAS 2009; Dong et al, Nature Protocols 2010). This technology has afforded the scientific community the opportunity to discover how cell-type specific modulation of signaling is translated into behavioral and non-behavioral outcomes. Ongoing projects are to use this technology to deconstruct the neuronal requirements for simple and complex behaviors, particularly as they relate to schizophrenia and drug abuse.

Chemical Biology and the Receptorome

The Roth lab has pioneered the approach of massively-parallel physical screening of the GPCR-ome. The lab’s approach differs in that the lab screens, in a parallel fashion, entire families of receptors simultaneously to discover molecular targets of biologically important molecules (peptides, drugs, natural products). This work is facilitated by the NIMH Psychoactive Drug Screening Program, which is housed in the Roth lab. Using this approach, the lab has: