Stay up-to-date with your UNC Eshelman School of Pharmacy classmates with Class Notes.

Paul L. Stevenson, (’58, BSPhar) was awarded the Samuel B. Burrus Family Award for Community Service in recognition of outstanding and unselfish civic, community or church volunteer service outside the scope of regular pharmacy practice.

Rebecca Chater (’85, BSPhar) received the Claude Paoloni Preceptor of the Year in recognition of outstanding contributions to the educational development of future pharmacists. Rebecca is Director of Clinical Healthcare Strategy at Omnicell.

Jerry McKee (’83 BSPhar, ’90 MS, ’98 Pharm.D.) has concluded six years of service as a member of the Board of Pharmacy Specialties board of directors.

Dr. Jennie Jarrett (PI) (’08) and co-PI, Karen Cotler (UIC College of Nursing) received an award over $1.8 million from the Department of Health and Human Services Health Resources and Services Administration (HRSA) for the program “UIC Integrated Substance Use Disorder (SUD) Training Program” to support substance use disorder education and training for nurse practitioners in primary care

Heather Weese (Wier) (’09, Pharm.D.) was promoted to Vice President of Pharmacy Services for Community Health Systems and graduated with dual master’s degrees in business administration and finance from Auburn University.

Dr. Emily Eddy (’16, Pharm.D.) was honored with a 2021 UNDER 40 Recognition Award for leadership, excellence, and vision in the practice of pharmacy at OPAs 143rd Annual Conference 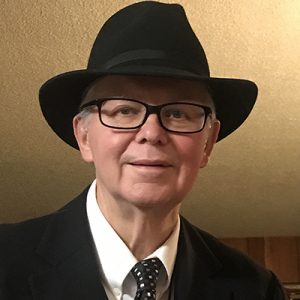 Glenn William Glaser Jr. (’64, BSPhar) of Whitehall, M.I., passed away on July 14, 2021, after surviving Covid-19, with Parkinson’s Disease and Cerebrovascular Dementia. Upon graduating from UNC Pharmacy School, the Chicago Yankee in the South was a partner at Hynes Pharmacy, Des Plaines, IL. Then moving to Michigan in 1978, he finished his 50-year career as a Clinical Pharmacy Director for a State Regional developmental Disabilities facility. He also worked on developing and team-teaching the Pharmacy Technician Training Program at Baker College of Muskegon, MI, with his wife, Lynn, a CPhT. Glenn was a proud member of the Pharmacy School’s 50 plus Club.