The Army World War II veteran and Eastern North Carolina native was able to pursue his higher education goals at UNC because of the support he received from the G.I. Bill. Following his pharmacy education, Milton went on to open his own community pharmacy where his wife Neta B. Whaley served as the pharmacy bookkeeper. He also served as president of the North Carolina Pharmaceutical Association in 1975.

In addition to serving the people of North Carolina, Milton wanted to support future leaders in health care, said his son, Gary Whaley (UNC Class of ’74). To do so, he created The Whaley Family Foundation Endowment in 2007 to support UNC Eshelman School of Pharmacy students who were from Eastern North Carolina.

“Milton had never forgotten the opportunity higher education afforded him, so it is with great pleasure the family of Milton and Neta Whaley have endowed this scholarship in perpetuity for the benefit of Tar Heel pharmacy students,” Gary said.

This year’s recipient of the Whaley Family Scholarship is Vany Nguyen, of Cary, North Carolina. Nguyen is a third-year pharmacy student who is currently starting an immersion experience in community pharmacy. Her pharmacy interests include pharmacy administration and ambulatory care.

To Nguyen, Gary said, “Our family is proud of you and all of the pharmacy scholar recipients…It takes more than great research and great faculty to remain the nation’s No.1-ranked pharmacy school, it takes great students as well.”

In a video to Gary and Fran, Nguyen said, “I want to express how honored and grateful I am to receive the scholarship. Being a pharmacist has been a dream of mine since high school and the scholarship inspires me to continue working hard and to never give up on chasing my dreams – thank you again Whaley family.”

Get to know the Whaley family and Vany Nguyen in this video. 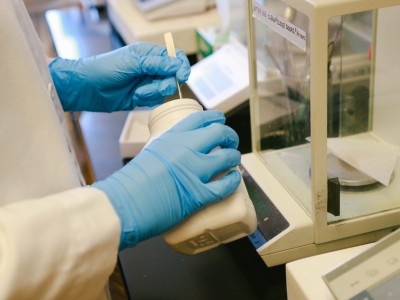